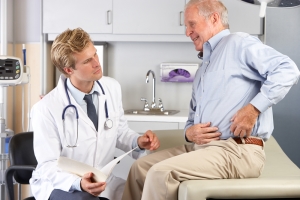 On August 24, 2016, Health Canada (the Canadian medical regulatory body) issued a recall of Stryker LFIT Anatomic CoCr V40 femoral heads due to high failure rate of the taper lock (the connection between the femoral head and the femoral neck). A few days later, on August 29, 2016, Stryker sent an Urgent Dear Surgeon letter in the US recalling certain lots and sizes of its LFIT Anatomic femoral heads. The recall affects thousands of individual components and was triggered by reports of taper lock failure that could result in head-stem trunnion disassociation and/or fracture, excessive wear and metal debris, and other significant issues. In turn, such device failures can lead to:

The US recall was followed by a similar hazard alert posted by the Australian regulatory authorities on September 27, 2016.

In April 2012, a Canadian Medical Device Recall Listing noted a revised usage instruction for Stryker Rejuvenate modular-neck stems. The Listing warned that that these components may release metal debris and ions into patients’ bodies and may cause damage to local tissues, including metallosis and necrosis.

If you received a Stryker LFIT Anatomic femoral head or a Stryker Rejuvenate or ABG II stem and were injured as a result, we may be able to help you seek compensation for the resulting losses.

Our firm is a leader in product liability litigation and we focus on defective medical devices, such as hip implants and stem systems. Explore your right to compensation with our California attorneys.

Contact us at (800) 824-8234 to speak with an attorney or schedule a free initial consultation online.