Hurt by a Dangerous Pharmaceutical Drug? 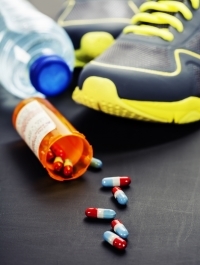 ACTOS is a prescription medication that is used with diet and exercise to improve blood sugar in adults who have type 2 diabetes. The active ingredient in ACTOS is pioglitazone and studies have shown an increased risk of bladder cancer in people taking medications containing pioglitazone. ACTOS is manufactured by Takeda Pharmaceuticals, and the U.S. Food and Drug Administration (FDA) recently issued a safety review after it was discovered that there is a link between bladder cancer and ACTOS.

There are serious side effects connected to ACTOS, which began appearing almost as soon as the drug was released onto the market. These side effects are so serious that France and Germany have suspended the drug from the market entirely. In the United States, ACTOS is still being prescribed, but the FDA issued a black-box warning in 2007, which is the strongest warning that a drug can receive without being recalled.

At the law firm of Kaiser Gornick LLP, our lawyers have extensive experience handling defective pharmaceutical claims and are currently handling cases involving ACTOS. People who have been taking these drugs and have developed bladder cancer should speak with an attorney as soon as possible to better understand their rights.

Drug manufacturers have a responsibility to ensure that their products are safe for use. Unfortunately, when these manufacturers fail to fulfill this responsibility, it can result in serious health problems. Diabetes patients who have taken the drug ACTOS and have been diagnosed with bladder cancer may be able to recover compensation.

An experienced lawyer can help you seek compensation for your losses, which may include medical bills, lost wages and pain and suffering. Kaiser Gornick has successfully handled defective drug claims against large pharmaceutical companies from across the United States. Our firm is at the forefront of California ACTOS litigation, with Kaiser Gornick attorney Dennis J. Canty’s recent appointment to the Plaintiff’s Steering Committee in California Judicial Council Coordinated Proceedings.

Explore your rights for compensation with our California attorneys.

Contact us at (800) 824-8234 to speak with an attorney or schedule a free initial consultation online.